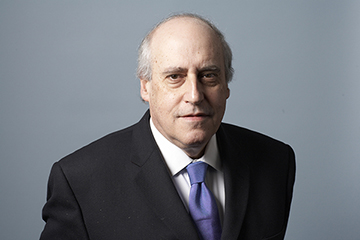 Mr. Glickman serves as Vice Chairman of CME Group Foundation. He has also served as a member of CME Group’s Board of Directors since 2001, including serving as Lead Director from August 2014 through August 2017. Mr. Glickman currently serves as Executive Director of the Aspen Institute's Congressional Program and as Vice President of the Aspen Institute. He also has served as a Senior Fellow for the Bipartisan Policy Center since 2010. From 2004 to 2010, Mr. Glickman served as Chairman and CEO of the Motion Picture Association of America, Inc. and previously served as Director of the Institute of Politics at Harvard University's John F. Kennedy School of Government from 2002 to 2004. From 2001 to 2004, he served as Senior Advisor in the law firm of Akin, Gump, Strauss, Hauer & Feld. He served as U.S. Secretary of Agriculture from 1995 through 2001 and as a member of the U.S. Congress, representing a district in Kansas, from 1977 through 1995. Mr. Glickman serves as chair of the International Advisory Board of APCO Worldwide, a global public relations firm, and as co-chair of the global agriculture and development initiative of the Chicago Council on Global Affairs. He also serves on a number of non-profit advisory boards with a focus on agriculture and food supply.

Ms. Savage serves as Vice Chairman of CME Group Foundation. She has also served as a member of CME Group’s Board of Directors since 2003. Ms. Savage is a nationally-syndicated financial columnist and author and President of Terry Savage Productions, Ltd., which provides speeches, columns and videos on personal finance for corporate and association meetings, publications and national television programs and networks. She is a Registered Investment Advisor and Commodity Trading Advisor. She was a member of CME from 1975 to 1980.